Snapshots of World War 2: My Grandfather 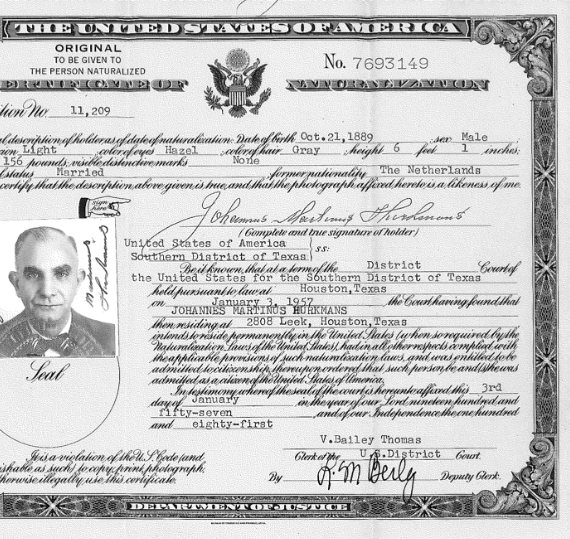 Johannes Hurkmans, my grandfather, was born in 1889, a tall man with piercing hazel eyes. As you can see from the document, he became a naturalized American citizen. He had a tough life, never getting beyond a sixth-grade education because he had to go to work to help support his family. He became a waiter and when The Netherlands went through its terrible depression in the 1930’s (1933-1936, following the U.S. stock market crash).

My grandfather somehow secured a position at the Waldorf Astoria and brought is pregnant wife to America with him. Unfortunately, he decided to go back to The Netherlands when the economy had become somewhat better – just in time for the German invasion into Holland in 1940! The war years were very difficult for him. He wasted away, first doing any work he could find for food, then going out into the country to scavenge potatoes, digging them up with his bare hands.

Posted in Blog
« Snapshots of World War 2: My Grandmother
Today is the Day! »