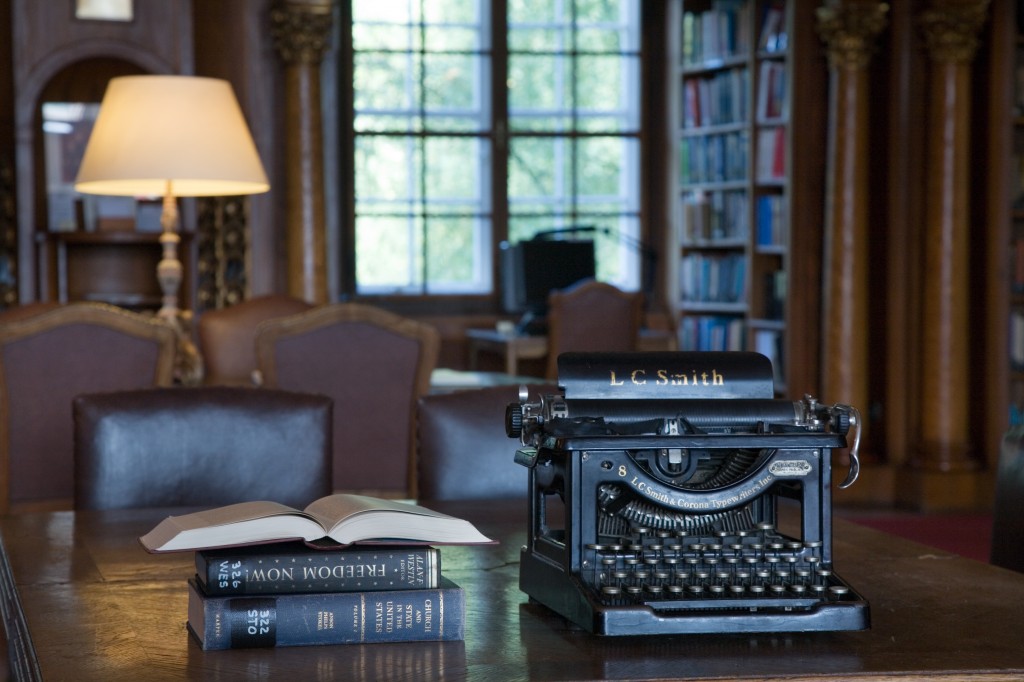 Is it possible for an author to achieve notoriety without prostituting themselves under the cloak of social media?

Has social media and internet ephemera made it harder for us as authors to focus and do what matters – write?

And I wonder, is it even possible for someone my age, getting into this game now, to achieve the notoriety of a Salinger or a Lee or a Pynchon, while still maintaining some degree of privacy?

Or am I doomed to force myself to blog a couple of times a week, to tweet a bon mot once or twice a day, so an over-stimulated audience doesn’t forget me?

Salinger: “There is a marvelous peace in not publishing. It’s peaceful. Still. Publishing is a terrible invasion of my privacy. I like to write. I love to write. But I write just for myself and my own pleasure. I pay for this kind of attitude. I’m known as a strange, aloof kind of man.”

Pynchon: While you could argue that Pynchon is just as much of a recluse as Salinger was, there’s definitely more of a sense of humor and some showmanship behind his man of mystery act. To wit, he has made three animated appearances on The Simpsons, once with a bag over his head to blurb a novel written by Marge.

Harper Lee: It’s kind of funny that a writer who grew up as the best friend of Truman Capote would shy away from the limelight, but that’s just what Harper Lee did. Following the 1960 publication of To Kill A Mockingbird, which won the Pulitzer Prize for Fiction the following year, Lee avoided interviews, public appearances, and to a certain degree writing for public consumption, outside of a few short essays and an incomplete second novel called The Long Goodbye. (There was also talk in the mid-80s of a non-fiction book about an Alabama serial murderer, but that was reportedly put aside as well.)

As she explained in a 1964 interview with author Roy Newquist:
“I never expected any sort of success with Mockingbird. I was hoping for a quick and merciful death at the hands of the reviewers but, at the same time, I sort of hoped someone would like it enough to give me encouragement. Public encouragement. I hoped for a little, as I said, but I got rather a whole lot, and in some ways this was just about as frightening as the quick, merciful death I’d expected.”

Most recently, Lee – who at 84, is still said to handwrite polite refusals for interview requests  – was accosted in Monroeville by a journalist from The Daily Mail bearing a box of chocolates. Her amazing response to the invasion of privacy: “We’re just going to feed the ducks, but call me the next time you are here. We have a lot of history here. You will enjoy it.”

Best polite screw you ever.

Posted in Blog
« How Living Abroad Changed My Life And My Writing
The Dreaded, Beloved Pink Bathrobe »