The Pains of Getting Published

Written by Antoinette van Heugten on January 11, 2011 — Leave a Comment 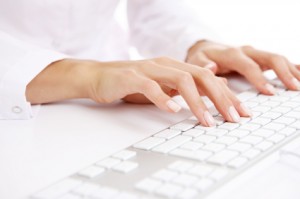 Getting published is somewhat like planting a garden, living through summer heat waves when everything dies, and then – miraculously – there is a blessed flood and the fruits of your labors finally surprise and delight you.

I am a debut author, so my experience is very fresh in my mind.  I started writing my novel twelve (yes, twelve) years ago.  I had written all my life, but had never embarked upon writing a novel.  As a former lawyer (you know all lawyers think they can write and have a great novel inside them just waiting to be typed), I learned my craft by writing and re-writing.  And I mean rewriting.  By the time my book, a thriller, was published, I had rewritten the novel twenty-three times.  Thousands of trees lie strewn in the forests from the paper that hit my circular file.  I did learn my craft on that book and am very hopeful that I will never have to suffer the agony and years it took to put that one together.  If it does, I’ll be in Depends by the time the next one is published.

After about four years into the process of working with various readers, I had what I considered to be a good draft.  I contacted a New York company that came highly recommended in finding agents for new authors and for the particular genre involved.  I gave them a summary of the novel and they gave me the names of five agents they thought I should approach.  All had good credentials and after I contacted the first on the list, I thought she was a perfect fit.  Unfortunately, after working with her for over a year on the original draft, she insisted I rewrite the entire novel from the perspective of a minor character, a detective.  I was so naïve.  I thought that because she was a successful agent, surely she must be right about her proposal.  She was the one who knew how to sell books, right?  So, I spent another few years rewriting the novel based upon her suggestions.  The result?  I hated it.  She loved it.  She sent it to every major publishing company in New York, all of whom soundly rejected it.  They couldn’t figure out what genre to market it as:  a mystery (which it wasn’t), a thriller (which it wasn’t because the killer was revealed too soon), or a typical detective novel (which fit none of the normal criteria).  I was crushed.  The agent said to put the novel away and write something new.  I couldn’t.  The subject matter of the book was very personal to me. I had to have that book written and published before I could go onto anything else.

So.  I fired the agent and went back to the company who suggested her.  I asked one of the principals to read both versions:  the original and the one that I had changed for the agent.  She agreed that it should have been written from the original point of view and that the agent simply “didn’t get the book.”  Back to the drawing board.  She also offered to be a reader for me while I rewrote the book – again.  After another three or four years of taking the novel completely apart, I had a draft that she and I agreed was ready to submit to another agent.  A few agents were contacted; none were interested.  I felt even more depressed and hopeless about the book ever hitting the shelf.  My reader, however, stuck with it and managed to sneak the first fifty pages to the agent of the stars:  Al Zuckerman of Writers House.

He called me the next day and was very excited about the novel.  Of course, he said, it couldn’t be sold in its current form.  I groaned.  As any writer who has had the good fortune to have Al represent them, they know that he has his own unique and meticulous way of putting a novel together.  He is a highly exacting editor who is completely immersed in the novel, not just an agent who passes books along to publishers and hopes for the best.  So, there went another two years as the novel was again picked apart and rewritten.  At least then I felt I was on the right track with my agent.  By that time I decided that whether or not it was ever published, at least it would be the book that I had originally intended to write.  I was very jaded at that point.  If it sold, it sold.  If it didn’t, at least I could finally move on and start writing something else.

The day came when Al agreed the novel was ready for submission to the publishing companies.  Again, the rejections piled up in the special black box I had reserved specifically for that purpose.  Again, no one wanted it.  My agent was amazed.  Al doggedly continued on his course.  I was doing the dishes one day and the telephone rang.  Someone was actually thrilled with the book and wanted to buy it!  I almost fainted.  The money wasn’t great, but it would be out there – on a shelf with my name on it for all to see!

From that point on, I must say, my experience with my editor and publishing company has been fantastic.  Unlike most publishers, they made it their mission to do everything possible to market the book.  I had a dedicated publicist and a local literary publishing company to really push the book out there.  I was on the moon and have been ever since.  It has already exceeded my childhood dream of being able to walk into a bookstore and see a book with my name on it.

So, over a decade of losses and gains, it’s out there.  All I can say is that publishing a novel requires perseverance beyond what any reader could imagine.  There are so many wonderful novels out there that are never published.  I am clearly one of the lucky ones.  One thing I’ve learned is that the publishing business is a complete mystery – a totally subjective world of agents and editors that I frankly can never hope to understand.

I also learned that being Dutch is probably the only way I stuck with it.  Everyone knows how stubborn the Dutch are!